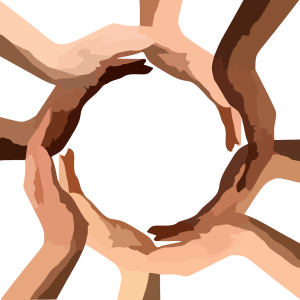 The ACLU has filed suit in Delaware.  Why is this happening in our schools?  What does the ACLU propose as a remedy?

Read about the causes of resegregation in Delaware.  The choices people are making have consequences.

Charters, they argue, are also taking away many higher income white students from traditional schools, leaving behind a disproportionate number of kids who are minorities, from low-income families, or disabled.

The complaint is filed against the Delaware Department of Education, which authorizes most of the state’s charters, and the Red Clay School District, which authorizes a few in the Wilmington area. The ACLU argues some charter schools’ enrollment requirements – like entrance exams, parent essays, mandatory parental involvement and required fees and uniforms – block low-income families from enrolling.

“The power of choice should be with the student and the family, not with the charter school,” said Kathleen MacRae, the ACLU’s executive director. “We can no longer allow the competition for a desk in a high-performing charter school to come between neighbors and friends or exclude students of color and students with special needs altogether.”

To fix the problems they see, the groups want:

In a statement, state Department of Education spokeswoman Alison May said officials there were reviewing the complaint, but pointed to the state’s efforts to place more low-income children in high-quality preschool and to get more low-income students on track to apply to college. Kathleen MacRae, executive director of the ACLU of Delaware, announces the group’s complaint with the U.S. Department of Education at the Redding City/County Building in Wilmington on Wednesday.

“We are committed to providing access to great educational opportunities for every Delaware student, from birth through higher education, and we are proud of the academic progress our low-income students and children of color have made in recent years, including by closing the gap between minority and non-minority students,” May wrote.

Red Clay officials had not had a chance to review the specific allegations in the complaint on Wednesday afternoon, spokeswoman Pati Nash said. “The Red Clay School District is now and always has been committed to the principles of diversity and inclusion in our schools, and we will continue to be guided by those principles in providing a high-quality education to all our students”.

Kendall Massett, executive director of the Delaware Charter Schools Network, said in a statement that there are several charter schools that enroll mostly minority and low-income kids and have shown major growth in test scores. She pointed to Kuumba Academy and EastSide in Wilmington, schools that serve mostly black students and frequently earn accolades for high scores, and ASPIRA Academy in Newark, dedicated to serving Hispanic students. She also pointed to Positive Outcomes in Camden, which has met state standards despite dedicating itself to students with physical, mental and emotional challenges.

“Every child deserves an opportunity for an excellent public education,” Massett wrote. “Charter schools are providing options for over 12,000 children in Delaware.” DELAWAREONLINE Parents, kids explore Delaware charter school options.  It is difficult to paint charters with a broad brush because each has its own individual mission and specialization.

But the ACLU is particularly concerned with several charter schools that have terrific test scores and routinely win a slew of academic honors but serve few minority and low income students.

Though charter advocates point out these schools have extremely high test scores, the group argues it is inappropriate for taxpayer money to fund select schools that only some children can attend. “You shouldn’t be able to just create your own Tower Hill [an expensive, highly-acclaimed private school in Wilmington] and do it with taxpayer dollars,” said New Castle Councilman Jea Street.

Street, who has filed several school-related Office of Civil Rights complaints before, is supporting the suit, arguing the only things that seem to get the state to move on issues like this are “federal intervention, court intervention, or perhaps divine intervention.”

The complaint argues the state’s charter school law, along with the Neighborhood Schools Act and school choice law, are the main reasons public schools, especially in Wilmington, have become more racially identifiable since the 1980s, when the state’s schools were among the least segregated in the country. Street and the ACLU are also repeating calls for the state to work out some way to funnel more resources to schools serving minority and low-income students, which face challenges other schools don’t.