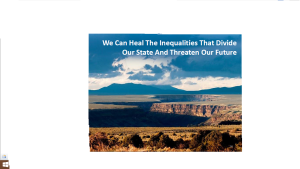 The New Mexico charter debate is particularly interesting because the state has tried to responsibly regulate charter management.  In yesterday’s post, I mentioned the 59 state managed charters, but there are also 43 district chartered schools.  Clearly the state’s Public Education Department is overwhelmed even though they only manage a few more than half of the charters.
New Mexico’s dual charter management system: state and local, should be a caution to Florida’s charter advocates.  Central state management as proposed by some in Florida, has overwhelmed the New Mexico Public Education Department.
Meredith, President of the NM League sends more background information on the charter management problems.

END_OF_DOCUMENT_TOKEN_TO_BE_REPLACED

Paula is a syndicated columnist and member of the Florida LWV Board.  She wrote a column summarizing the Florida legislative session.  I extracted her description of the process in developing education policy this year.  I personally thought of it as a ping pong match.  She uses the analogy of a train.  This train kept criss crossing the tracks.  Enjoy her description.

END_OF_DOCUMENT_TOKEN_TO_BE_REPLACED 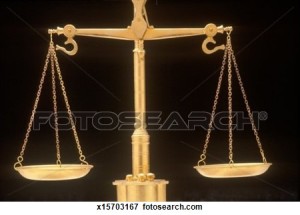 Superintendent Vitti’s testimony was a straight forward account of the demographic makeup of the county schools.  The district is 44% African American and 36% white and 11% Hispanic. Nearly half of the students qualify for free and reduced lunch (FRL).  About 56% of FRL students were below grade level, and their graduation rate was 67%.

How the needs of students are met was the subject of his testimony.  Are districts funded adequately to meet these needs?

END_OF_DOCUMENT_TOKEN_TO_BE_REPLACED

New Mexico’s state auditor found 200 serious audit findings for New Mexico charter schools.  This is not good; the State has only 59 charters.  The head of the Public Education Department, Hannah Skandera, was the deputy commissioner of education in Florida under Jeb Bush.

END_OF_DOCUMENT_TOKEN_TO_BE_REPLACED

I watched the trial yesterday and again this morning.

The witnesses yesterday spoke to the relative funding support for education in Florida vs. other states.  While Florida’s funding is very low, the defendants argued that cost comparisons are not indicative of quality.  They cited the Florida NAEP fourth grade reading scores that are slightly above the national average.  What was not mentioned in the testimony is that about 12 states retain third graders based on their states’ assessment scores.  Florida is one of those states.  Thus, Florida’s fourth grade NAEP scores are likely to be elevated compared to other states.  Florida retains approximately 20% of third graders.  In addition, Florida has one of the highest percentage of students with tax credit scholarships whose scores are not included in the NAEP assessment.  These FTC scholarships are need based and would include a high percentage of low scoring students from public schools.

The second witness discussed the academic deficiencies of homeless students.  The percentage of homeless in Florida is increasing, and these students do less well than students from low income families who have homes.

I had to sign off when the cross examination began.  More later

This AlterNet article chronicles the Walton Foundation’s $1 billion dollar investment in charter schools.  The business approach parallels the Walmart approach of driving out competition and then closing stores that are not financially successful.  In the education sector, public schools are to be displaced leaving ‘education deserts’ where charter schools choose not to locate.  It is not a pretty picture. Visit this site paydayloansnow.co.uk

We know a long train of education proposals passed this legislative session.  What did the Florida legislature NOT pass?  The Tampa Bay Times produced a quick summary.

We will review what DID pass tomorrow.

The Citizens for Strong Schools trial can be viewed online.

Is this the first day of the rest of our lives?  The Citizens for Strong Schools trial begins in Tallahassee today.

END_OF_DOCUMENT_TOKEN_TO_BE_REPLACED

Senator Gaetz compromised with the House and urged the Senate to accept the revised house version of the charter bill.  The language that limited the ability to control ‘private enrichment’ is gone.  The bill has been approved by the House.  Too bad for accountability.