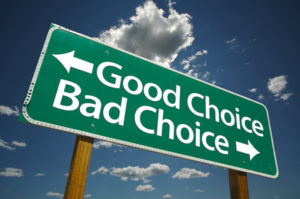 I was particularly interested in this report about Ohio.  For many years the lead author, David Figlio, conducted evaluations of Florida’s tax credit voucher program.  Figlio is a strong advocate for competition.  In Ohio, he stated that competition helped public school students but hurt students with vouchers who attended private schools.

At the risk of being overly harsh, I have to wonder if the purpose of vouchers is to create ‘sacrificial lambs’ i.e. sending some students off to fail in private schools so those remaining in public schools will do better.  Nothing in me wants to believe such an idea, but until the quality of alternative choices is assured, that is the risk parents unknowingly take.

END_OF_DOCUMENT_TOKEN_TO_BE_REPLACED

In 2011, the Miami Herald published an expose on the McKay scholarship program that is supposed to benefit students with disabilities.  The article was called ‘Rotten to the Core‘.  It was followed by a list of private schools that headed its “Fraud Hall of Shame“.  In theory, the Florida legislature corrected the accountability problems and the DOE has posted new regulations.  Not so.

END_OF_DOCUMENT_TOKEN_TO_BE_REPLACED

Evidently vouchers are good for some places but not others in Tennessee.  Read the latest proposal!  No matter how vouchers are justified, they wreck havoc on communities and do not improve academic achievement.

END_OF_DOCUMENT_TOKEN_TO_BE_REPLACED

Rep. King, R, IA filed H.R. 610, a bill which is a major assault on public education.  The bill would repeal the Education and Secondary School Act of 1965.  Instead, the U.S. DOE would award block grants to qualified states.  States would then distribute block grants to local education agencies (districts) in a manner that apportions funds to families who elect to home school or send their children to private schools.  In a word, it is a ‘voucher’ bill.

Our public schools are the backbone of our democracy.  This bill undermines an educational system that serves everyone, not just those that private schools chose to accept.  This is just the beginning of an assault on public education.  It is time to push back and keep pushing.

The Network for Public Education has an Action Alert to notify your representatives to oppose this bill.  You can access their site here.

Many of you may know that the nominee for U.S. Secretary Betsy DeVos serves as a board member on Jeb Bush’s pro choice Foundation for Excellence in Education.  Bush has written a letter in support of her nomination.

Bush argues that opposition to school choice is based on two false narratives.  The League has no formal position on this appointment.  So, you decide.  Let your Senators know what you think.

END_OF_DOCUMENT_TOKEN_TO_BE_REPLACED

Senate President Joe Negron has announced his Education Committee members.  They appear to share a broader spectrum of interests than those in the Florida House.  The Senate Education Committee Chair will be Sen. Dorothy Hukill, a Republican from Volusia County.  Volusia supports public schools and has relatively few charter schools.