Douglas County, next to Denver, Colorado school board races are national news and funded nationally. Why? It is a target area for school privatization. So much money is involved that candidates form coalitions. The pro choice/voucher group is called ELEVATE. The anti voucher group is called Community Matters. Evidently, community does matter in Denver. The four anti voucher school board candidates won by 60%.

The district began a voucher program in 2011, but it has been stalled in the courts. The U.S. Supreme Court told the Colorado Supreme Court to reconsider its decision that vouchers in Colorado were unconstitutional. The decision by the voters is likely to slow privatization of schools in Denver.

The race was touted as a test case for school vouchers. Americans for Prosperity, funded by the conservative Koch Brothers faced off against the teachers union. Politico estimated that the race cost over $800,000 dollars. Democracy is getting very expensive with all that dark money pouring in from billionaires. This time, the citizens won.

Did the federal government end segregation of schools while at the same time promote segregation? How could this be?

In this Education Votes article, Sabrina Holcomb presents Rothstein’s arguments that federal housing policy created the current educational policy crisis. In ‘The Color of Law: A forgotten history of how our government segregated America’, Richard Rothstein is provocative. It is worth a minute to read the Education Votes summary. It focuses our attention on what needs to change to reduce the inequities that our schools are supposed to overcome.

It is clear that attempts to overcome the housing segregation that occurred due to federal housing loan policies dominate our school systems. School choice is one of the most dramatic examples. Charters that siphon off and divide minority neighborhoods are a direct result of trying to find an inexpensive alternative for families to ‘escape’ the low income, educationally disadvantaged schools that federal policy created. They are also a way for some higher income parents in other neighborhoods to maintain their advantage. The emphasis on magnet programs to fill under enrolled schools is also related. Wholesale tracking of students into advanced and gifted programs is another unintended consequence. So, what can be done?

You can’t pick up and move homes. Moving children around is sometimes so time consuming and expensive that it creates as many problems as it solves. Some localities are experimenting with incentives to promote more economically diverse housing options. Others suggest that schools must solve the inequities that communities produce. Online education advocates promote packaged instruction that does not create the student engaged, project based interdisciplinary instruction that motivates students. We do need some sort of learning networks, however. What could these be like both within and across schools and community partners? How can entire communities pull together to support a positive learning environment for all kids? How can real estate developers, local governments, education and social service systems work toward common goals?

Isn’t this what we should be talking about? The first learning network that comes to my mind is one where those communities that are working toward a collaborative vision can learn from one another. Hmmmm, the Integrative Communities blog. Know of one? Surely some exist in the city planning world.

When I was a kid, the thing to do was to have a lemonade stand. Now, if you attend some for-profit charter schools in Florida, you can earn money by promoting the school. Learn in this Pro Publica article how students at a Florida charter make money recruiting their friends.

A quote from the Tampa Bay Times article on the movement toward charters: “You don’t want to be the mom who made the wrong decision”. What is behind this concern:

Other parents and educators see the impact of choice on their communities. As one parent said, “I know we are not going to be a great city without great public schools.”

The choice system extends divides by class, race, opportunity and ideology. The public district choice options are to offer magnet programs and magnet schools. The advantage is that there is district planning and oversight which reduces fraud, abuse, and other mismanagement problems. It makes district planning more cost effective. It does not, in its current form, solve the equity problems for less affluent families. It’s only a step in the direction of equal access to high quality education.

I just read a column in the New York Times where David Leonhardt came down on the side of charter schools based in part on his reading about the positive impact in Florida for students who graduate from charter schools. I posted three summaries of studies re Florida charters:

I also posted these additional studies:

Academic achievement aside, many decisions are about feelings. What do we do about the uncertainties we all face? I remember the famous saying from President Roosevelt, “The only thing we have to fear is fear itself”. At the time, there were riots, food lines, and the looming prospect of war. Plenty to worry about. We made it then; we will make it through this time.

I am creating a ppt. presentation for Leagues to use all over the state.  This is the suggestion I just now received for an ending slide: It is a true story based on an interview a couple of months ago with a charter principal in another county. My friend comments:

“I usually explain choice by how a charter school principal demonstrated it to me.  She said in a series of comments over the course of a visit”.

She does not choose to deliver ESE services except of the most basic type.  Parents of this school “choose” to volunteer a set number of hours a month.  Only students whose parents can “choose” to transport them can get to the school.  You see how easily “Choice” works?

Take a look at this editorial. It cites HB 7069 as ‘gross audaciousness’ by the legislature. Heading the list are the provisions to expand charter schools, ‘religious liberty provision’, text book review, and most of all: USURPING LOCAL CONTROL OF OUR SCHOOLS.

Memorize these talking points. Say them loudly and often. Take back our schools.

There is a vision for what should be and could be.  Community schools.  These are schools that draw families in.  They include pre school education and after school care.  They offer help to families in need and work together to give children the options best suited for them.  They do not divide communities.  They build communities where all children feel welcome.

This is a different mindset than the current school choice policy.  School choice encourages parents to find  schools like them.  Communities splinter.  Schools become more segregated, and students more isolated from the world in which they live.  Students aren’t taught to be good citizens; they are taught, by example to seek advantage for themselves at the expense of everyone else.  It’s all about competition.  Or is it?  See: Public Loss; Private Gain.  How School Vouchers Undermine Public Education.

The wealthy pose as benefactors while they reap profits from double dipping tax benefits for their donations to privately run schools. (See May 18 New York Times).  This does not make better schools.  It makes opportunistic schools.

Our schools have shaped our democracy.  They are splintering because our social fabric is splintering.  There are those who mine that division for their own benefit.  This does not have to happen.  We can organize our communities around our schools.  We can make our schools serve our needs.  It is up to us.

Where do we start?  Find out what a community school could be and should be.  Read about it here.  Look at schools in your community.  Ask how they measure up.  The Children’s Home Society has started some in Florida.  Howard Bishop middle school in Gainesville has started in that direction.

If school choice is about competition, then let’s compete to provide the best and most inclusive educational system. 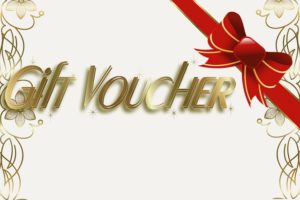 The Annenberg Institute published a memo on what to expect from the Trump administration and Betsy DeVos.  Current news reports suggest they are correct.  Here are their predictions about actions to come.  They follow with what to do about them.

END_OF_DOCUMENT_TOKEN_TO_BE_REPLACED

Join a conference call on Wednesday, May 24th at 4p.m.  The call is sponsored by the Alliance to Reclaim Our Schools.  The agenda is an action alert entitled:  Trump/DeVos: A blueprint for undermining public education.  You can register for the call here.

The Florida News Service reports the mounting pressure on Governor Scott to veto HB 7069 and part of the State budget. We need to keep the pressure up.  Call his office and send a message:

Tell the Governor that:

The Senate proposal for education was a practical, reasonable approach to education funding.  Ask the Governor to reconvene the legislature and do what is needed.