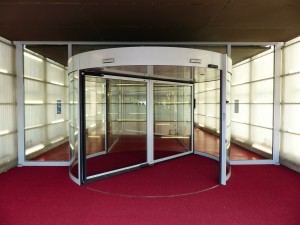 In the last legislative session, there was a proposal to allow students to enroll in any public school that had room.  It would give parents flexibility.

Most districts already allow students to enroll in a district school outside their zoned school to accommodate parents’ work places.  Some states have enacted these open enrollment policies for everyone to go to any school.  I was surprised at what happened.   Maybe this is not good for Florida.

Michigan authorized open enrollment, known as Schools of Choice (SoC), as part of its charter school legislation in 1994.  Now, about 100,000 students attend traditional public schools outside their district and another 136,000 attend charter schools.  Michigan State University’s Education Policy Center tracked data from 2005-6 through 2012-13.

Students who entered the Schools of Choice program were predominately low income, minority students with low state test scores.  These students, however, were most likely to leave the program and return to their prior public schools.  Sixty percent of the students who left their district schools for another district did not remain in their new schools.  An even higher percentage of African Americans returned to their original district. The average time spent out of district was less than three years.  More advantaged students stay in the SoC program longer as do students in schools with lower levels of at risk students or minority students.

A Washington Post article on ‘churn’ in D.C. schools reported that 10,000 students moved in and out of the high schools within a year.  A comparison of traditional public schools and charters showed that TPS schools had a higher net movement in and out of schools.  Charters lost students after the beginning of the school year while TPS high schools tended to gain them.  There is an interesting graph that illustrates the change rates for each high school.

The Post article cites Government Accountability Office data showing that 13% of students in the U.S. change schools four times by the eighth grade.  The greatest percentage of these students are poor, black and low income.  Twelve percent of schools had ten percent or more of their students leave in a single year.

Studies like these confirm what we know.  Public schools are required to accept students throughout the year.  Charters are not.  In D.C., charter funding is based on enrollment data from October.  If students leave, the money stays with the charter.  In Florida, per student charter funding is based initially on projected enrollment and then revised based on October enrollment data.  February enrollments are used to recalculate funding in April.  If enrollment drops, funding may be about 50% of previous rates for the remainder of the year.  Whether the April funding reallocation is a deterrent to arbitrary dismissals of charter students is not reported.

What is clear is that traditional public schools, particularly in low income areas, are subject to high student mobility that seriously compromises the instructional process.  Students who struggle the most, move the most.  A study published by the National Academies describes how family mobility factors impact students’ achievement. Their achievement goes down as their mobility increases.

If public schools are to improve these students’ academic achievement, they have, yet again, to take on a societal problem.  School choice does not solve the problem; it may in fact increase it.  As in Michigan and other states (e.g. Florida), at risk students may choose charters or private schools, but they are also the ones most likely to leave them.  Choice has become a mantra, but it does not by itself solve anything.