If this resolution passed at the NAACP convention last week in Cincinnati is approved by the National Board in the fall of 2016, it will be a major event.  In this repost of the Cloaking Inequity blog, you can read the resolution.  It deals with racial resegregation, funding inequity, charter school mismanagement, lack of charter oversight, and the resolution calls for greater transparency in charter school management.

The NAACP views charter school policies and practices as a civil rights issue.  It is.

School districts across the State are holding hearings on their budgets for next year.  Our local paper had a full page notice of the 2016-17 budget for Alachua County.  There are some questions we can all ask our individual districts:

Another article appeared today about Highlands County which is one of the lowest income areas in Florida.  They show the stark correlation between income and school grades.  This is a county with student needs they cannot possibly meet by themselves.

END_OF_DOCUMENT_TOKEN_TO_BE_REPLACED

What makes a public school ‘public’?  It is more than how schools are governed and funded.  It is also a matter of the ethical and legal obligation to serve all students.

These are charters that are so often held up as success stories, so to speak.  Are they?

END_OF_DOCUMENT_TOKEN_TO_BE_REPLACED 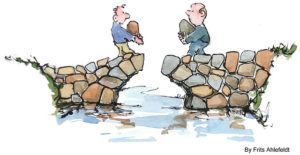 What should our legislative priorities be?

Two years ago, the League made a statewide call for better oversight of charter schools.  Major reports on charter fraud, waste and abuse made national headlines.  The FBI raided charter schools across the country.  Just this year, a new scandal erupted in several Florida cities.  The U.S. district attorney has brought charges.

The problems extend beyond corruption and enter the realm of civil rights.  The U.S. Department of Education and the President cautioned the charter movement about its tendency to increase racial and economic segregation in its schools. Charters, moreover, under represent children with disabilities.  Critics claim that these enrollment policies reflect charter school management companies’ profit seeking priorities.

Lack of charter oversight is a design feature, not a bug says PR Watch.  Charters were to be given free rein to ‘change the system’.  Accountability was to be based on student academic achievement. The appWearance of academic achievement, however, is easy to manipulate.  If charters attract strong students to begin with, their schools will be successful.  Under the school grade system, good students, not good teachers, make good schools.  Concerns about screening out students abound.

Charters have been operating long enough for the consequences to become apparent.  Federal and state authorities have begun to officially recognize the abuse in the system and make marginal efforts to correct it.

Florida officials have taken small steps to improve charter school laws, but the lack of oversight over how these laws are implemented remains.  School districts authorize charters but have limited access to information about how they are run.

What more needs to be done to improve the system?

The next legislative session may, once again, tackle the charter school management and oversight problems.  In the past, legislators have proposed everything from creating a charter school institute to be housed at Florida State University to forming charter school districts.  There are sporadic efforts to improve collaboration between charters and local public schools, but they are often stymied by the inherent competition between the two systems.

WOULD A NEW STUDY OF CHARTER MANAAGEMENT HELP?

Identifying successful collaborative efforts, if any, could be instructive.  A 2013 Center for Reinventing Public Schools report on a Gates Foundation initiative was not hopeful.   Some argue that the Washington D.C. model is effective, but it too has had large scale scandals. The seven member D.C. Public Charter School Board is appointed by the Mayor.  A 2015 Washington Post article reports on the need for more transparency in D.C. charter school management.  It appears D.C.  has the same mismanagement problems as those in other  cities.

There is a report on different oversight models in the country.  Minnesota and New York have ‘hands on’ oversight models.  Others states are much more passive.  The U.S. has a public school management and oversight system that has survived for about 100 years.  If we need some schools to do a few different things, one would think that some incentives could be provided without using a wrecking ball to destroy one system in order to replace it with a more imperfect system over which the public has no control.

END_OF_DOCUMENT_TOKEN_TO_BE_REPLACED

Miami-Dade has half the number of schools rated ‘F’ this year than last.  No, they did not give kids extra vitamins.  The State of Florida changed the definition of learning gains.

I think I like the change even if I do not the idea of test based accountability.  Here’s why.

The new grading system has subdivided the two lowest proficiency levels.  Level one scores are grouped in low, medium and high.  Level two is divided into low and high.  A child who scores at the same level but improves in the subcategory, from low to medium, for example, is counted as having made a learning gain.  The net effect reduces the number of failing schools.

Students scoring at or above proficiency level three must increase their test scores by at least one point the following year to be counted as a learning gain (unless they are already at a proficiency level of ‘5’).  The new school grade formula no longer provides bonus points.  There are now fewer schools with ‘A’ grades.

It may still seem like smoke and mirrors.  Achievement did not change, but the school grades did.  It reminds me of the marks on the wall I used to make as my children grew.  Most years the growth from one year to the next was about the same.  Once in awhile there would be a growth spurt.  The same was true for their achievement.  I did not need to measure the kids except to see if they met the height requirement at Disney attractions or were they ready for some accelerated academic program.

Annual testing tells us what we already know.  If you want to increase the school grades, change the formula.   There has to be a better way.

Hernando and Hillsborough charters have the lowest ratios of low income and minority students.  In Pasco county, 58.2% of students in traditional public schools qualify for Free and Reduced Lunch while only 36.2% of charter students qualify.  Charters in high income areas do well academically, charters with higher percentages of low income students receive lower school grades.  This is not a surprise.  Income and academic achievement are known to go together.  What is of concern John Romano columnist for the Tampa Bay Times article is:

END_OF_DOCUMENT_TOKEN_TO_BE_REPLACED

The FBI raided the Okaloosa charter school for at risk children yesterday.  The school is managed by The Radar Group based in Florida’s panhandle.  This is the same area where the Newpoint charter schools were recently indicted.  The Radar Group has other charters.  We may learn more about what happened.

No one is talking about the reasons for the raid.  It can’t be good.

In the last post, I shared the Florida Auditor General’s concerns about some charter schools.  They may have missed at least one.  Many times the League has asked for better management, transparency and oversight of charter schools.  These schools are not innovative, they are just free to manipulate.