Governor Brown signed legislation banning for-profit charters. A few states, e.g. New York, banned for-profits long ago. The impetus for the legislation was the manipulation of student enrollment by K12 online management company. The suit was settled for a $168.5 million claim.

Banning for-profit charter management does not stop all financial abuse at the expense of the public. It does, however, help to limit the excessive corruption and exploitation that plagues the charter industry.

In the Public Interest published this mini video on the costs to neighborhood schools when charters drain available funds. This video was done in California which leads the nation in the number of charters. The problems are like those in Florida. Take a minute and watch here.

This is worth more than a glance.  You can see the impact or lack thereof, of a Gates Foundation program to improve collaboration between districts and charters.  The evaluation of this effort gives specific examples based on 23 District charter collaborations  formed across the nation since 2011.  The Center for Reinventing Public Education (CRPE) report cited what was and was not accomplished and why.

END_OF_DOCUMENT_TOKEN_TO_BE_REPLACED

At the Florida House Innovation hearing a couple of weeks ago, Commissioner Stewart said that Florida ranked in the top ten in achievement scores. This is a stretch. Try 11th in fourth grade reading and 33nd in eighth grade reading. It  is worse in mathematics.

The comparisons of Florida on the National Achievement of Education Progress (NAEP) average scores are reported below along with the achievement gains in scores from 2003-2015.

The Florida DOE does compare Florida’s NAEP scores to the nation and to other large states like California, New York, Pennsylvania, Illinois, Ohio and Texas. Of these so-called mega states, only California, Ohio and Florida have mandatory third grade retention. Note the drop in Florida’s percentage of students scoring at or above proficient in achievement rankings between fourth and eighth grade. The gain in the percentages of students scoring at or above proficient between 2003-15 is included in the report.

The bottom line is:

Jeff Bryant, in Educational Opportunity Network, reports on charters across the nation. Sure some do well. Some do not. I picked up on one of his examples…Oakland, California where I was born. It’s a community where high in the hills wealthy people live. It’s beautiful up there looking over San Francisco Bay. Down below I think of the mud flats of the bay. People used to make weirdly beautiful scrap wood sculptures. People in Oakland have a very different sense of place depending upon where they live. Yet, I remember a phrase that was oft heard: Out of the mud grows a lotus.

In Jeff’s article, I found references to two reports on Oakland charters that are among the best I have read. One is an Alameda Grand Jury report on charters. The other is cited in EdSource.

Oakland schools authorize 36 charters and one is authorized by Alameda County. This is at least one fourth of the county public schools. According to the 2015-16 Alameda Grand Jury report, charters were intended to be educational laboratories where new methods could be tested. The focus shifted when the State of California took over the school system in the 90s, and schools with sub par test results were identified. Charters proliferated, not as much as in Florida, but in a more concentrated way.

The Grand Jury report found that some charters have as many as 55 more days than the public schools. The other advantage was that skills not seniority were the basis of hiring teachers. Teachers earned the same salaries in district and in charters, but many in charters worked more days.

There are costs, however, for this flexibility. The lack of oversight is one. Charters there (as elsewhere) serve fewer students with disabilities, and those they do serve have less severe and less expensive problems. There is also no reporting or tracking to monitor potential wrongful expulsion or dismissal of ‘less desirable’ students who are counseled out for misbehavior of low achievement. There is no mechanism for district oversight of charters, no planning for charter growth, no ensuring of safety standards.

In Oakland as elsewhere, charters have an impact on communities. They attract students which makes some public schools under enrolled. Charters are privately owned, and facilities cost money. So they want the space in public schools they created. In Oakland, they would pay $4.73 per square foot of space. It means very different schools in the same building with the district picking up most of the cost. How are these schools different?

In the other half of charter students, according to the EdSource, about 40% of charter students have higher achievement levels before they enter the charter school; thus higher test scores reflect not what was learned in the charter school but the achievement levels of the students who enrolled initially. Charters are also more segregated into silos than are district schools. Is choice just making a bad situation worse for struggling students?

There is one take away from all of this that is not addressed and should be. In Oakland, there is an independent committee that reports to the citizens of the city on the district and charter schools. They cover the issues and the consequences of the choices people are making in their own city. They have a Grand Jury investigation of equity. They are pointing out that charters just formalize what is occurring in communities when lower achieving children are segregated from those children who have ‘learned how to learn’. Segregation takes many forms, none of them are cost free.

We are all asking: What Do We Do? First of all, challenge the myth that choice has no bad consequences. It is about money and comes down to who owns the real estate; it does not improve academic achievement, and it does increase all forms of segregation. It tells us, however, to look at how much time our schools spend on instruction and what kind of instruction children receive. Are we as citizens asking the right questions about our schools? Therein always lies the rub.

Money and people power in California are shifting the balance of influence in the California legislature. For years, the legislature listened closely to the public school interests.  Teachers, parents and unions wielded great power.  Now the charter sector is gaining ground.  In 2016, a bill to regulate charter enrollment and how they discipline students was assured of passing; it did not.  In this account, the advocacy strategies explain the defeat.

END_OF_DOCUMENT_TOKEN_TO_BE_REPLACED

California has twice the numbers of charters than Florida.  They have enough to see the serious consequences when there is unregulated growth and little accountability.

Meredith Machen sent this Salon article.  It spells out the quandary in which California finds itself.  Florida and others states are going down this road.  Read it and don’t weep, tell people!

END_OF_DOCUMENT_TOKEN_TO_BE_REPLACED

Sometimes it helps to hold on to hope!  Yesterday, the value of public education was affirmed in at least four states.

END_OF_DOCUMENT_TOKEN_TO_BE_REPLACED

Subtle and direct violations of law have been documented in charter admissions policies.  Empty seats are supposed to be filled by lottery.  Yet, which student applications make it into the lottery is frequently questioned.  For example, some parents and/or students are required to submit essays.  Or, parents may be required to certify they will contribute a certain number of hours or donate money to cover school fees.  If all else fails, charters may counsel parents that their child may not fit ‘the mission of the school’ and practice constant suspension for trivial offenses to discourage unwanted children.

In this article released by the ACLU in California, and reported by Education Justice, an expose of wide spread civil rights violations is reported.

END_OF_DOCUMENT_TOKEN_TO_BE_REPLACED 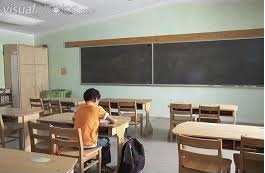 Resource center charter schools…what are they?  In California, they are rooms with computers and maybe a tutor.  There are 270 of these centers operating which are not authorized by local districts.  Who is watching the store?  Not Governor Brown!