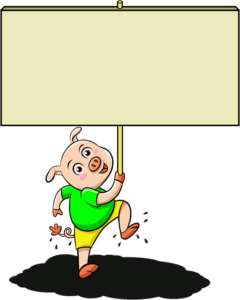 Diane Ravitch requested this article.  As I wrote it, I was struck by what a small, but politically well connected club was behind Florida’s choice movement.  They attracted big money to sell their ideas.  The end result, in spite of the growth of Florida’s tax credit vouchers, shows that: Not all Choices are Good Choices.

Following Jeb Bush’s 1994 defeat in his run for governor, he dented his image.  According to a Tampa Bay Times report, in a televised debate Bush responded ‘not much’ when asked what he would do for black voters.  Faced with criticism, he launched a charter school in Miami, and the school choice movement in Florida began.

In 1998, John Kirtley, a venture capitalist, funded private school scholarships to low income children.  He took the idea to then Representative Joe Negron, who is now the President of the Florida Senate.    Jeb Bush was governor, and the state’s voucher and corporate tax credit scholarship programs began.

Florida’s constitution, however, prohibited the direct or indirect transfer of money from the state treasury to private schools.  In 2006, the Florida Supreme Court ruled that vouchers paid by the treasury were unconstitutional.  Florida corporate tax credits (FTC) became the vehicle to fund what initially were private school scholarships for children from disadvantaged families.  Corporations could donate owed taxes to Step Up for Students, a private non-profit organization which issued tuition warrants to qualified parents. These FTC scholarships have also been litigated.

According to Politico, in 2016 Betsy DeVos paid one million dollars through her foundation to send thousands of children to Tallahassee for a rally against the FTC scholarship lawsuit. In 2017, the Florida Supreme Court determined the lawsuit lacked standing and declined to rule on the constitutionality issue.

Step Up for Students is the management organization for the Florida Tax Credit scholarship program.   John Kirtley is Chair of the Board and founder.   Its President, Doug Tuthill achieved notoriety in a 2011 video when he revealed that over one million dollars was spent in every other election cycle on local races.  The strategy is to make low income families the face of the program and target black ministers to support the program.

Step Up for Students has grown into a $500 million dollar operation.  It currently allocates nearly 100,000 FTC scholarships to over 1700 of Florida’s private schools.  In addition, it administers the Gardiner scholarships for students with severe disabilities and the Alabama Opportunity Scholarships.  The FTC scholarships program alone costs $422,648,470.  Administrative expenses total about five million dollars, but other budget categories include four million dollars for communications and advocacy programs related to Step Up’s advocacy for choice mission including RedefinEd, its newsletter.

The engine of the choice movement is Jeb Bush’s Foundation for Excellence in Education (ExcelinEd).   It provides model legislation, rule-making expertise, implementation strategies, and public outreach to 38 states.  Betsy DeVos was a board member until she was confirmed as the U.S. Secretary of Education.  Ties to ExcelinEd include:

With this backdrop, U.S. Secretary of Education, Betsy DeVos, now says that Florida is the national model for school choice.  DeVos’ American Federation for Children ranks Step Up for Children as number one in its 2016-17 report.  Evidently, more is better.  Its criteria are based on the dollar value of the scholarships, their reach, and the growth of the program over time.  Quality indicators are not included in the ranking.  For example,

A few well connected, wealthy Floridians launched a movement that nearly twenty years later has earned extraordinary publicity and grown exponentially.   Yet, traditional public schools continue to outperform charters or FTC private schools.  Communities most impacted by school choice experience a downward spiral.  Schools are underfunded and become more segregated. This is not a model for the nation to follow.