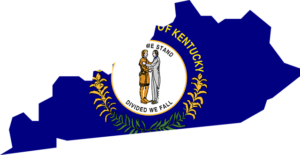 For over forty years, Louisville Kentucky has done more than talk; it has walked the walked.  Or, maybe we should say they got on the bus.  Like many cities, Louisville faced court ordered integration back in the 1970s.  Unlike others, Louisville embraced it–after they got used to the idea.  Some opponents went to court to fight the bussing that combined inner city and suburban schools into one large district integration plan.  The district lost its case (Meredith vs. Jefferson County Board of Education) in 2006 when the Kentucky Supreme Court ruled in favor of a parent opposed to bussing. But the district was not to be denied.

A graduate of Jefferson County schools wrote an impassioned op ed back in 2006 suggesting that among those who opposed integration there was “no talk of society as a collective group, no concern for others, no consideration of communal benefit”.

The district decided to continue its bussing plan.  Its student population is 49% white, 37% black and 14% Hispanic, and they are mixed together even in mostly white suburban neighborhood schools.  Students were sorted alphabetically and all schools had to have between 15 and 50 percent black students.  At first there was a drop off in enrollment.  A survey in 2011, however, revealed that most parents supported the plan.  Back in the 1970s, ninety-eight percent of suburban families opposed integration.  In the recent survey, eighty-nine percent  of the Jefferson County parents endorsed the statement:

School district guidelines should “ensure that students learn with students with different races and economic backgrounds.”

Now the newly elected Kentucky legislature plans to upset the apple cart by legalizing charter schools.  Kentucky is one of seven states that do not authorize charters.  The description and analysis of the charter bills will be in the next post.