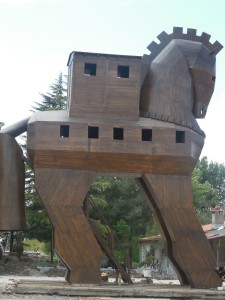 It is the best of times; it is the worst of times?  SB 1036 and SB SB1038 were filed by Senator Montford of the Senate Education Committee.  The bills could make a real improvement in the management and oversight of charters.  This has been a major priority of the Florida League of Women Voters.

Then there is Senator Legg’s bill.  It has a Trojan horse.

SB 1036 strengthens provisions to make advisory boards independent and free of conflicts of interest.  Arbitrary dismissals would be reduced.  Funds would follow students to their next school.  Parents would be represented.  See all the requirements below:

SB1038 addresses the problem of charter expansion that duplicates rather than supplements public school programs.  Charters would have to file a statement of need to offer services that are not provided by district schools and/or are innovative.  Provisions are included to enforce adherence to the statement.  The bill would reduce the rapid expansion of charter schools.  This bill is similar to SB 254 filed by Senator Clemens.

Senator Legg takes a totally different direction on charter schools.  SB 1448 Legg. The bill would require districts to enroll any student in a school that was not at capacity.  Parents would provide transportation.  The bill makes some administrative changes to advisory board representation and meetings.

The major proposal is for an institute, separate from the Department of Education, called the Florida Institute for Charter School Innovation.  It would be housed at FSU.  It is tasked to:  advance accountability, improve quality and innovation; provide technical assistance for charter applicants; connect teachers to charters, and conduct research.

The Florida School Board Association suggest this is a first step toward removing charter authorization from local districts.  An earlier law to create a state level charter authorizing agency, the Florida Schools Excellence Commission, was ruled unconstitutional in 2008. Only districts can authorize charters, but this new approach stops just short of authorizing charters.  This new proposal may truly be a Trojan horse.