There is a new and very interesting twist to the Florida opt out lawsuit.  Parents whose children were retained in third grade solely because they did not take the Florida Standards Assessment (FSA) brought a lawsuit.  Some districts retained these children who would otherwise be promoted to fourth grade and others did not.  It sounds like a basic fairness issue, but it is more complicated.  Who is responsible for this policy, the State or the federal government?  If only 16 states require third grade retention, why would the federal law be involved?

END_OF_DOCUMENT_TOKEN_TO_BE_REPLACED

School choice is intended to give parents better options for their children.  The idea is appealing, but after fifteen years, it is clear that not all choices are good choices.  The League of Women Voters of Florida charges our legislators to ensure that charters:

END_OF_DOCUMENT_TOKEN_TO_BE_REPLACED

The Brookings Institution’s Michael Hansen has generated five questions he would ask state and national candidates in the upcoming election.  You can read his rationale for these questions here.  These may or may not be your questions.  You can read my thoughts.

END_OF_DOCUMENT_TOKEN_TO_BE_REPLACED

Passing third grade depends in part on the district a child attends.  Some parents who opted their children out of the Florida State Assessment were dismayed to learn their children would be held back in third grade.  These are not low achieving students based on their grades on report cards.  The federal law requires that states administer annual assessments, and the government can penalize states with fewer than 95% of students participating.

Florida had no problem meeting the federal requirements, but some districts decided not to allow students without test scores to advance to fourth grade.  Parents could send their children to a summer portfolio session, in some districts, or they could sit an alternative assessment.  Parents sued Pasco and Hernando school districts.  The Leon County Circuit court heard the arguments on Friday.  Judge Gievers was troubled but thought any ruled she made would be immediately appealed.

Today Judge Gievers reconsidered.  She will rehear the case next Monday.  The children are now enrolled in third grade classes.  Maybe next week they will be fourth graders.  Something is wrong with this picture.  Whatever the policy may be, it should at least be the same for all children in the state.

A Florida Appeals court refused to hear the lawsuit against the Florida tax credit voucher program.  Judge Lori Rowe argued that current law supporting tax credits was different from the previous law against direct payments from the legislature to private schools.  Now, the legislature allows corporations to give money owed to the state to private schools.  Somehow this is legal according to the 1st District Court of Appeals.

In the opinion, the judges’ opinion stated that it was not clear that the public schools were hurt by the loss of tax credit funding.  There was no guarantee that the legislature would have allocated the money to public schools if it had decided to collect it.

The judge added:  …”the remedy is at the polls”.  We will have to wait to see if the Florida Education Association will appeal to the Florida Supreme Court once again.  In the meantime, an election is coming.

Which children do charter schools serve?   Students are identified based on their demographics including free and reduced lunch (FRL) status.  Yet, half the student population in Florida qualifies.  FRL status may just mask what is really happening.

In  a report from the August 14th New York Times, 14% of all children persistently qualify for free lunch (not reduced cost lunch) over time.   A University of Michigan study shows the achievement gap of the persistently poor is a third larger than generally reported by NAEP and other measures.  Grouping children in FRL together masks the real achievement gap between lower and higher income groups.

In Florida, 24% of all children fall below  the federal poverty level. This includes about 950,000 children below the age of 18. Another 25% qualify for reduced lunch.  These are not just statistics.  They are real children with lives complicated by the trappings of poverty.    If charters are ‘skimming’ students from the public schools, their percentage of students who qualify for free lunch not just for reduced cost lunch, will be much lower.

Charters are supposed to find innovative ways to solve academic problems.  They may just be masking them. It is time to take the mask off and see which children are being served.

I do not generally repost blog articles, but this one just appeared in Diane Ravitch’s blog.  It tells the story of children required to eat breakfast in the hallway of their school.  The story is told by a teacher there who resigned.  She headed the United Opt Out movement, and her position was eliminated.   The school has become one of the Relay Leadership schools that focuses on teach to the test strategies.  These ‘take over’ schools promise the moon but deliver smelly cheese.  You should read this.  It is what privatization of public schools is all about.  It is becoming a ‘like it or leave it’ world.  This teacher left.

On the first day of school, a friend’s grandson walked into his classroom. There was no teacher.  The same thing happened on the second day.  The children were merged in with another group, clearly violating the class size limit.  His teacher was supposed to be bilingual which gives a clue about what is happening with the teacher shortage.

Every year schools face at least some vacancies simply because it is difficult to predict exact numbers of children who will enroll.  With last year’s legislative mandate that parents can choose any school, prediction of the number of teachers needed is more difficult.  To confound the issue even further, many teachers are now retiring.  They enrolled in a five year DROP retirement program and will receive incentives to retire this year.  We also hear that teachers are disgruntled at the direction education reform is moving.  For all of these reasons, the State monitors our teacher workforce to identify shortages.

I looked at partial data.  It appears the K12 student population has not changed much this year.  The projected increase statewide is about 36,000 students out  of 2.8 million.  A Gainesville Sun article reported that there were just over 26,000 students enrolled in Alachua County which is down a little from last year.  Some schools in the district had teacher vacancies, but only a ‘handful’ more than last year at this time.  By the end of the week, things should be back to normal.  It does not sound like a crisis here. What about other districts?  Orange and Hillsborough expect several thousand more students.  We can find teachers, just not always those in specialty areas.

No critical need geographic areas in Florida were identified in the report.

The Florida Department of Education has a report on its website that clarifies the real issue facing the state–appropriate certification.  The Department ranked 2015-16 critical shortage areas by the number of certified teachers needed versus the number of positions available:

While Florida is not as in dire straits as other states may be, those children sitting in classrooms without teachers need to be served.  The state is expanding online education as one alternative.  The other is to provide more access to teaching through alternative certification. 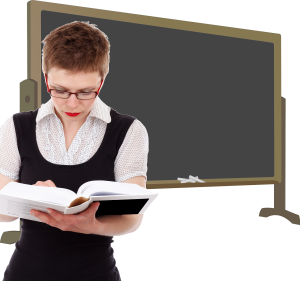 The Florida DOE announced the Teachers of Tomorrow program which is the first private, non university program to earn approval.  College graduates with a 2.5 GPA may qualify.  Prospective teachers must pass a general knowledge test and develop a strategy with the company to achieve certification during a novice year of teaching.

On first glance, it seems that Florida has more than enough qualified people who could teach but choose not to.  The solution is obvious but more expensive than the state is willing to support.  Florida teacher salaries was ranked 45th by the National Education Association in 2012-13.  Critics argue that is does not cost as much to live in Florida as in other states.  While there may be some truth to that assertion, talented potential teachers are not buying it.  They have other choices.

The U.S. Department of Education wants input to its rules to implement the Every Student Succeed Act.  State Education Commissioner Pam Stewart wrote them a letter, a long one.  In it she lists her concerns.  Her first concern had a familiar ring; under the proposed timeline, it would not be possible to implement the new rules by the beginning of the 2017-18 year.  One has to smile, Ms. Stewart is right.  She has learned from experience when district superintendents voiced similar complaints about the timeline for  implementing the Florida Student Assessment accountability measures two years ago.  Stewart’s other concerns are more problematic.

END_OF_DOCUMENT_TOKEN_TO_BE_REPLACED

When the roof leaks, you patch it until you can’t anymore.  When the air conditioning goes out, the kids go home.  This is not really about school choice and who gets the money: charters or regular schools. This time there is no choice.  Since the millage for school maintenance was cut in 2008, districts have been making do.  Eight years later, buildings are in disrepair, and a crisis is looming across the state.   Counties have lost hundreds of millions of dollars in facility maintenance money.  The time has come for a reckoning according to this report.  How can we pay for this?