Not a surprise that Erik Fresen removed the charter reform measures that Senator Gaetz included in SB 7029.  Instead there is a hodge podge of new proposals attacking  public schools.  It all should finish today.  Hopefully, the Senate will stand firm.  Perhaps the best outcome is that nothing will pass.

This bill is long and complicated.  Open enrollment, cap on school construction costs that limits ability to build auditorium etc. are included.  Stronger charter regulation is also there.

Now we have to see what happens in the house.  Clearly, Rep. Fresen is out for money for charter school facilities.  He published an opus in the Miami Herald.  It may be a stand off and nothing passes both chambers.  It is a question of who gets the 75 million in PECO funds that is in the budget.

Publicity for the Florida Citizens for Strong Schools trial has begun.  The actual trial starts March 14th.  Here’s an extensive report with pictures:  Florida Education on Trial.  Take a look.

The arguments are outlined.  The people are identified.  When the actual trial starts, we will be sending out daily snippets on highlights.  Much depends on this trial.  Hope you tune in.

HB 7043  relates to performance standards for higher education, and it includes the Best and Brightest program.

The Senate is meeting this morning.  7029 was put on temporary postponement at about 11am.

The LWVF supports the improvement in charter school management in these bills. 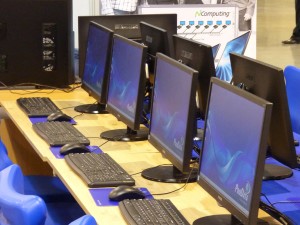 Competency based learning is not really new, but it is newly promoted.  Students use computer-based courses broken into chunks of content.  They can move at their own pace within a course and across grade levels.  Strategies vary.  Some programs grant credit for relevant experience.  Some combine online and in class instruction.  Many collect student data which is used to track progress.

We have an online charter high school that uses this approach.  Its graduation rate is about 17%.  We should pay attention.  Read Laura’s comment.

END_OF_DOCUMENT_TOKEN_TO_BE_REPLACED

The one plus billion dollar surplus Florida was expecting in 2016 is dwindling.  The latest estimate of new revenue is down by $400 million.  Governor Scott wanted to give the surplus away in corporate tax reduction.  He would also authorize more money for education, but it was supposed to come from local property taxes, not state revenue.   The legislature has other ideas.

The legislature wants part of the new state revenue for education.  The budget agreement that will go to the Governor increases the per student funding by about $50.

To complicate everything even more, money for school buildings comes from two other sources.  Districts can raise some from local property taxes.  Charter schools want access to that fund, but currently districts do not have to share the money.  Since charter schools are privately owned, the district would not own those facilities even if they were to close.  As a result, the legislature has been giving most of the state tax revenue on utilities to charters and public universities.  This fund, called PECO is drying up.

How then is the state to support school facilities without making property taxes so high that voters complain?  The latest idea reported in the News Service of Florida is for the state to issue bonds.  This means the state would take on the debt to pay off the bonds while the Governor pursues his quest to minimize corporate taxes and use surplus revenue for his pet projects.

The Governor may veto issuing bonds for school facilities.  Will he also veto the K12 per student funding increase?  A high quality educational system is key for attracting the new business the Governor seeks.  Yet, it is as if he wants something for nothing.

Volusia citizens approved a 5 cent sales tax hike for school construction.  The legislature wants to take it away.  Why?  Cutting taxes, even those citizens want is the theme of this year’s legislature.  To justify the cuts, some legislatures claim that too many school facility projects exceeded state caps on spending.  They failed to mention that the cost basis for facilities is very out of date.  Moreover, some communities want an auditorium or similar feature that is not covered in the facility cost cap.  If they exceed the cap, the district is penalized financially.

To add to the problem, the current bill would require districts to share facility funding with charter schools.  In Volusia, there are only two charters, but the loss to the district is $300,000.  It is no surprise charters want the money.  They were supposed to be less expensive than traditional schools, but the lure of more money is always there.

At some point, the legislature will have to face the reality that competition is not saving money.  It is just going in different directions.  Public schools have many older buildings that need renovation.  Shifting money to charters makes a bad problem worse.  Think about it, if you have 600 students who could all fit in one school, and you take 300 of them and enroll them in another, you have two buildings to pay for instead of one.  Why are we doing this and calling it a good choice?

This is one of those comic videos that tells the story in about two minutes.  Is it funny or does it cut too close to the bone?

Stargel’s amendment to SB 524 is terrible.  Please oppose.  It requires 10% of FTE in charter schools before a district that is a High Growth District is eligible for additional capital funds.